Public lecture: International Space Station: Off the Earth, For the Earth 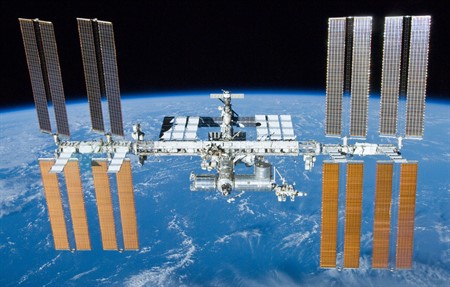 Dr. Ravi Margasahayam, M.S., M.B.A. from NASA Kennedy Space Center will give a public lecture at University of Greenland - titled: "International Space Station: Off the Earth, For the Earth".

The lecture will provide a brief overview of many types of research labs available on the ISS and the types of research already completed as well as on-going efforts. In addition to the results from the R&D experiments, the presentation will also highlight the education and cultural outreach aspects of the ISS, review the exploration angle and lastly the important role the ISS plays in Earth observation.

Interspersed in the talk will be unique videos, anecdotes from engineers and scientists who worked on the ISS program. The presentation will conclude with a tribute to Atlantis, honoring the Space Shuttle’s role in building the greatest engineering orbital lab in space in the history of mankind, namely the ISS.

The public lecture will be in English - everybody is welcome (free of charge).

The International Space Station (ISS) is a habitable artificial satellite in low Earth orbit. The ISS serves as a microgravity and space environment research laboratory in which crew members conduct experiments in biology, human biology, physics, astronomy, meteorology and other fields. The station is well suited for the testing of spacecraft systems and equipment required for missions to Moon and Mars.

The ISS provides a unique platform to conduct scientific research. While small unmanned spacecraft can provide platforms for zero gravity and exposure to space, space stations offer a long term environment where studies can be performed potentially for decades, combined with ready access by human researchers over periods that exceed the capabilities of manned spacecraft. The ISS simplifies individual experiments by eliminating the need for separate rocket launches and research staff. The wide variety of research fields include astrobiology, astronomy, human research including space medicine and life sciences., physical sciences, materials science, space weather, and weather on Earth. Scientists on Earth have access to the crew’s data and can modify experiments or launch new ones, which are benefits generally unavailable on unmanned spacecraft. Crews fly expeditions of several months duration, providing approximately 160-man-hours a week of labor with a crew of 6.